If you're experiencing problems, just "Submit a Ticket", fill out the required information, and give us a detailed description of the issue you are experiencing. Your ticket will be handled electronically and quickly addressed. We also offer a remote support service 24 hours a day, 7 days a week.

If you have any other issues feel free to email us at support@redfiveit.com. 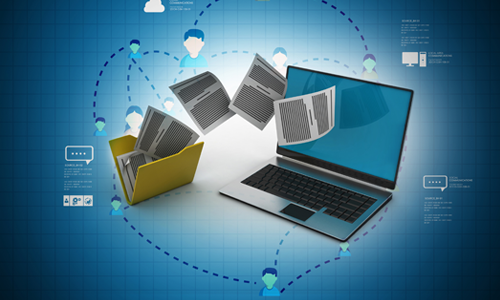 BYOD is the acronym for Bring Your Own Device to Work where “device” can refer to a laptop, tablet, or smartphone. Most frequently, however, the BYOD issue arises over the use of mobile phones. As it became more common for everyone around the start of the 2000s to buy their own mobile phone, an issue of convenience began to arise. Employees who had previously only had company-issued phones now had to carry two devices 24/7: their own and their employer’s. This clearly wasn’t the height of convenience. If the devices were not identical it would mean mastering two different operating systems. As a result, a movement arose to allow individuals to use their own phones for work-related demands and drop the employer issued one. Although not as prevalent, the issue can come up with the use of personal laptops and tablets for work use.

Why would employees want this when their employer is footing the entire bill for a company issued phone or laptop? It is mostly convenience and the freedom of personal choice. Because we use electronic mobile devices 24/7, we blur the lines between work and personal use. At any point, we may be answering a work email and texting to a family member. It just becomes impractical to have the two physically segregated. That said, there are also reasons individual employees may have strong objections to a required BYOD, not the least being personal privacy. So what’s an employer to do? The answer isn’t easy and will differ for each organization. A wide calculus of issues enter into the final decision to allow BYOD and there is no right or wrong answer. However, it is important that the decision be made by a management team that is fully informed of all the issues surrounding BYOD. The worst thing is to just adopt the approach with no policy to constrain BYOD device usage. Without proper guidelines, policies, and tech support, the company exposes itself to privacy, human resource, and data security issues.

BYOD goes far beyond IT questions.